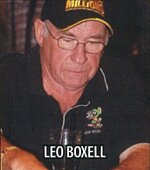 Poker patriarch and skilled champion for decades, Leo Boxell recently won APPT Melbourne for the fourth six-figure payday of his impressive tournament career which totals over $1,100,000 in winnings . Leo has been a familiar face in Australian poker rooms, and has found big success in the Crown Casino where he won the Crown Championship in 2000 then continued his success once the event became the Aussie Millions with almost $500,000 in winnings. 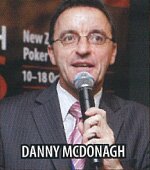 Be it as a planner, promoter or director of major tournaments, Danny McDonagh has played an integral role in the growth of poker in the Asia-Pacific region. At the helm of every major tournament at the Crown Casino from opening day through the 2007 Aussie Millions this 2011 Hall of Fame nominee moved on to become APPT Tournament Director and is now the Director of PokerStars' extensive Live Poker operations for Asia Pacific. Danny was a founding partner of www.PokerNetwork.com.

The Hall of Fame committee members have a difficult time deciding on which player or administrator deserves to join the nine personalities who already reside in the Australian Poker Hall of Fame. Here are some players who are under consideration to join the Hall of Fame in 2011. Honorees will be announced during the Aussie Millions in January 2012.