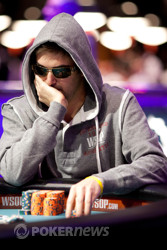 board ran out and Vaillancourt failed to improve and was subsequently eliminated in third.

We had an all in preflop between Michael Gathy and Noah Vaillancourt.

and Gathy doubled up and left Vaillancourt short stacked. 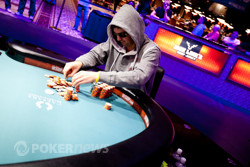 Jamie Armstrong came out to start this hand raising to 200,000. Noah Vaillancourt in the big blind obliged and made the call and both players saw a

flop. Vaillancourt checked and Armstrong bet out 150,000. A call was made and both players were allowed to see the

on the turn. It was here that the two players knuckled.

on the river saw Vaillancourt take control and bet out 365,000. A call was quickly made by Armstrong, who was in for some poor news as Vaillancourt flipped over

for three of a kind kings.

Michael Gathy has jumped into the lead.

Another two levels have been completed and the remaining three players are going on a short break. 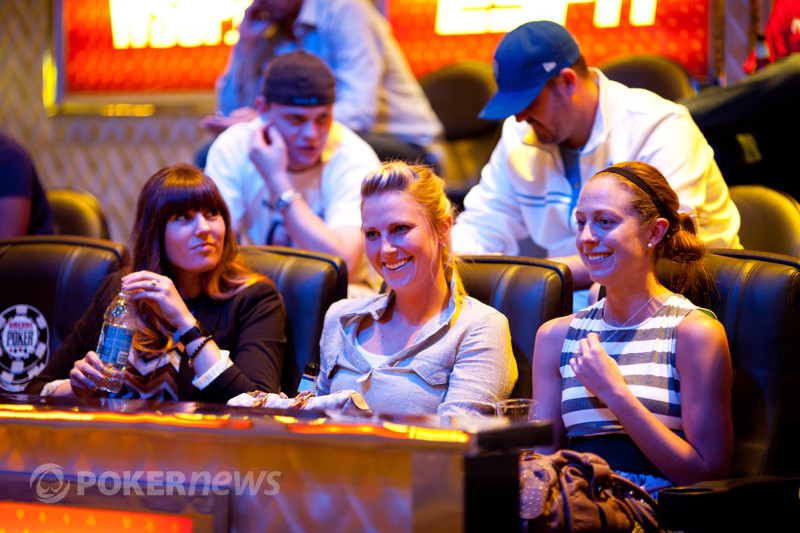 Battle of the Blinds

flop exposed in the middle of the felt we saw Noah Vaillencourt check-raise to 200,000 of a min-bet from Jamie Armstrong. Armstrong then came back over the top and made it 450,000, to which Vaillencourt responded by making it 960,000. It all came to an end though when Armstrong moved all in and Vaillencourt snap folded.

Noah Vaillancourt started this hand out with a pretty standard raise to 160,000 from the button. Jamie Armstrong in the small blind then three-bet to 395,000. Next to act was Michael Gathy who four-bet to 795,000. Vaillancourt folded, and after a few moments Armstrong followed suit and folded himself.