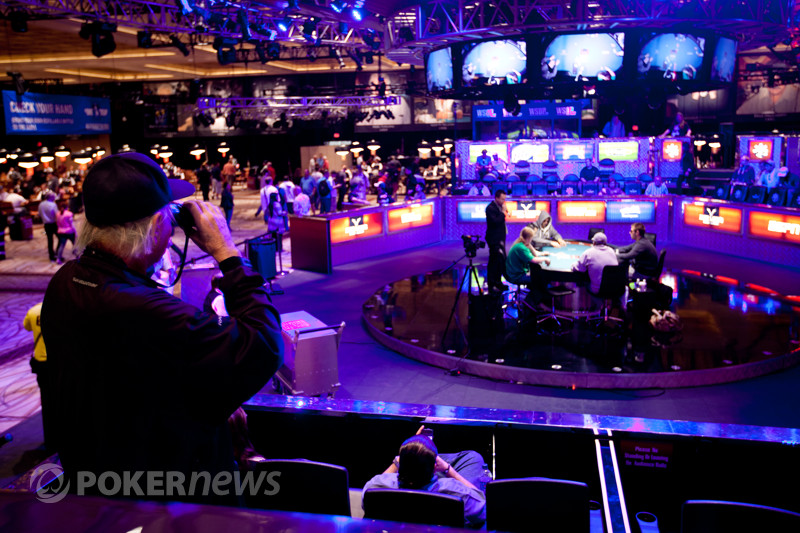 Noah Vaillancourt came out raising preflop as is becoming custom, and John Esposito three-bet to 500,000. Vaillancourt moved all in and was quickly called by Esposito who flipped over

and was by no means out of it.

flop made its debut to the players giving Vaillancourt the advantage. The

on the river sealed the deal on Vaillancourt's double up. 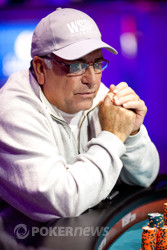 Noah Vaillancourt started the action with an open to 100,000. John Espisto and Michael Gathy called out of the blinds and the flop came

. All three players checked and the turn came

Esposito led out with 200,000, Gathy folded and Vaillancourt moved all in for a total of 615,000. Esposito then leaned back in his chair and started to think. And think, and think and think.

A full five minutes passed and Esposito had cut out enough chips to call from his stack but did nothing. He finally released his hand and the action continued.

Battle of the Blinds

Noah Vaillancourt continues to make his presence known here at the final table, this past hand we saw him make it 125,000 preflop from the small blind. Jamie Armstrong in the big blind made the call and both players saw a

flop. It was here that Vaillancourt bet out 140,000. Armstrong made the call.

on the turn saw two checks, while the

on the river brought with it a bet of 185,000 from Vaillancourt. Armstrong made the call and showed

which was enough to be Vaillancourt's 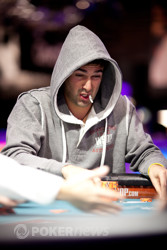 Noah Vaillancourt and Jamie Armstrong went to a flop of

together. Vaillancourt bet 140,000 and Armstrong called. The turn brought the

for two pair. Vaillancourt looked disgusted when he turned over

Michael Gathy was the first to act and made it 80,000. The button folded and Jamie Armstrong three-bet to 205,000 from the small blind. The big blind then folded and action was back on Gathy who made the call.

flop was exposed Armstrong continued for 225,000. Gathy eventually made the call and both players were treated to the

on turn. Armstrong started the action out by checking, while Gathy took his time counting out his own stack before eventually knuckling for a check as well.

on the river brought a repeat of action with both players checking. Armstrong flipped over

for ace high, while Gathy countered with

for a pair of nines and the winning hand.