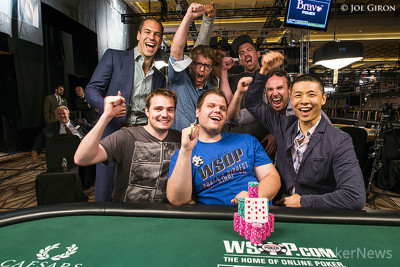 After a long day of poker one man was left standing, and David Olson is that man. The $10,000 Limit Hold'em Championship reached its epic conclusion on the third day of play and after a hard fought battle it was Mikail Tulchinskiy who caved under Olson's pressure.

The day started with 10 players and within a matter of hands it was Robert Como who hit the rail in 10th place. Gabriel Nassif was next to go after clashing numerous times with Greg Debora who seemed to cruise to the win during the first levels of the day.

The two most accomplished live players at the final table, Jan Sjavik and Bill Chen, were next to go and so we were down to five. Paul Mannoni, who had been relatively quiet up until then, put up a good fight but busted in fifth place.

After the dinner break it was Samuel Golbuff who had a good shot at taking the event down, but surprisingly enough he busted in fourth place. When it got down to three handed it was still anyone's game but Greg Debora, who held the lead for most of the day, was the next to go.

The heads-up battle between Olson and Tulchinskiy lasted for more than two hours with many lead changes, but eventually the former delivered the final blow. 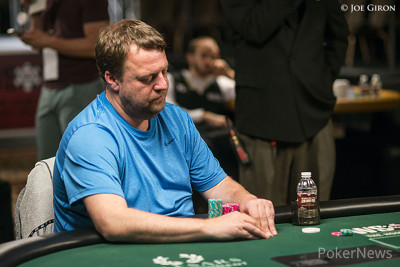 Before the flop a raising war reaches its epic conclusion as Mikail Tulchinskiy was all in for his tournament life worth 230,000 chips.

and Tulchinskiy was knocked out in second place.

Another One For Olson

The flop showed [Ac7h3c[ and Mikail Tulchinskiy bet, David Olson called. The turn was the

and he took down another pot.

Olson Back on Top 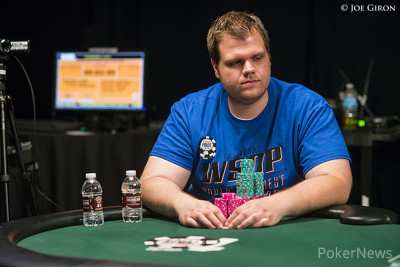 Mikail Tulchinskiy raised from the button and David Olson called. The flop brought out

and Olson check-called a bet.

The turn brought out the

and Olson bet, Tulchinskiy folded and Olson regained the lead.

Mikail Tulchinskiy raised from the button and David Olson three-bet from the big blind. The flop brought out

hit and both players checked again.

and he raked in the pot.

The final two players in this Championship Event have been playing small pots, and it seems like we're waiting on a clash of big hands.