In 2013, we hit a grand slam, correctly predicting eight outcomes, which only means we're destined to fail in 2014.

Here's the predictions we got right:

And the incorrect ones:

The past is the past though, and it's time to look forward to an exciting slate in 2014...

Prior to Black Friday in 2011, the PokerStars Caribbean Adventure held its largest Main Event ever, attracting 1,560 players to the Atlantis. Without American online qualifiers the field plummeted to 1,072 in 2012, and then again to 987 in 2013.

The Aussie Millions Main Event has also decreased over the past two years. In 2011 the tournament fielded 721 grinders – the fourth largest of all time – but in 2012 and 2013 the numbers dipped to 659 and 629 respectively.

There are two reasons why I believe we will see a 23-percent increase on the two fields in 2013, and they both have to do with PokerStars.

First, they slapped a $10 million guarantee on the PCA Main Event. This isn’t as bold a move as what the Seminole Hard Rock did in August, because this is a $10,000 buy-in event, but the allure of an eight-figure guarantee will certainly help make this a 1,000-player field once again. PokerStars has also actively recruited players through the “Invite Your Friend” promotion.

2013 World Series of Poker Main Event winner Ryan Riess sold a package for the PCA, Aussie Millions, and World Poker Tour World Championship, and this month he will be playing in both $25,000 high rollers and $100,000 super high rollers, along with both Main Events.

This prediction has nothing to do with evaluating Riess’ skillset and everything to do with praying for a Hellmuthian narrative. High-stakes professional poker players openly mocked Riess on Twitter during the WSOP Main Event final table, and they absolutely lost their minds when he told Kara Scott that he thinks he’s the best player in the world.

While Greg Merson is an awesome ambassador for poker, and his story of sobriety is inspirationally for abusers and non-users alike, he doesn’t have a presence on the live tournament circuit. It makes sense – he’s a cash game grinder – but because the media is hyper focused on live tournaments (for better or for worse), we gravitate towards big names on the actual felt.

With the schedule he’s slated to play, Riess has an opportunity to be the first World Champion since Greg Raymer and Joe Hachem to actually remain a relevant figure in the tournament poker world.

3. The Seminole Hard Rock Poker Open Will, Once Again, Meet the $10M Guarantee

April is an absolute mess on the tournament calendar with EPT Sanremo and the PokerStars and Monte-Carlo® Casino EPT Grand Final taking place overseas. Still, I don’t think American players will pass up on the value of this tournament, and the three-day reentry format certainly helps as well.

They won’t clear the $10 million guarantee by nearly 20 percent again, but I think the Seminole Hard Rock will reach the eight-figure monstrosity by the hair on their chinny chin chin.

4. A Spaniard Will Win an EPT Main Event

Spain’s EPT doughnut is remarkable. Lebanon, Portugal, Finland, and Belarus all have multiple EPT titles, while Spain, the host country for one of the most successful stops on the tour, can’t get a W. Even the Canadians have four EPT titles to their name.

It’s time for Spain to shine. No more will Spaniards be the laughing stock of EPT Live and the rest of the international poker community! VIVA ESPAÑA!!!

5. A “Well-Known” Pro Will Win the WSOP Main Event

I got too many of these correct last year, so I might as well take a few shots.

To avoid any confusion, we will define “well-known” using the Global Poker Index and the Hendon Mob. At the start of the 2014 WSOP Main Event, my “well-known” arsenal will consist of the top 100 players in the GPI 300, and the top 50 players on the all-time money list.

There will be a lot of overlap between the two, but if I just used the GPI then I would be missing players like Ivey and Scotty Nguyen. Neither of them have done particularly well in live tournaments recently, excluding them from the rankings, but they are both clearly “well-known” professional poker players.

I’m guessing that this will give me roughly 125 “horses” in the Main Event, and a zero-percent chance of getting this prediction correct.

6. A German Will Win the Big One for ONE DROP Part Deux

This is an even-money bet. If you want to wager on whether or not the Germans will have a piece of the eventual winner, then you’re going to have to lay 10 to 1.

7. Ole Schemion or David Yan Will Win a WSOP Bracelet

If Ole Schemion, the 2013 GPI Player of the Year, wins the ONE DROP, then I can knock out two birds with one stone.

Schemion is an absolute monster. Over the past two years he’s earned over $3.7 million, and this summer he will finally be 21, making him eligible to play in the WSOP in Las Vegas. My only fear is that he won’t play a full schedule because in 2012 and 2013, the Germans didn’t come to the U.S. until the end of the series to play in the big buy-in event and the Main Event. Schemion tends to have a little more grind in him though – he played in the Lebanese Poker Tour Main Event and the International Stadiums Poker Tour Main Event in 2013 – and I think he’ll be motivated to try and make a big splash at the Rio.

David Yan isn’t as big a name as Schemion, but fans of the EPT have certainly watched him play and heard his analysis on EPT Live. I first met the Kiwi at the 2013 Aussie Millions, and watched him finish sixth in the Main Event. He also went deep in the APPT Melbourne Main Event (3rd) and the EPT London Main Event (12th).

Like Schemion, my only concern is that Yan won’t want to travel halfway across the world to live in a desert for a month and a half. I am unquestionably an underdog with this prediction, but if both of these players put in a full schedule at the WSOP, then I really think they’ll make some headlines.

Editor's Note II: David Yan informed me on Twitter that he's not going to be 21 until the NEXT WSOP. What a sick puppy.

The last three years, I’ve picked a player to win $1 million in a calendar year. In 2011, Mike McDonald clinched the feat with an epic finish in September, Isaac Baron crashed and burned in 2012, and Paul Volpe crossed $1 million in earnings in March of 2013, reaching back-to-back WPT final tables.

Griffin Benger flirted with a seven-figure year in 2013, winning the EPT Berlin High Roller for $562,343, but his next deepest run in the last nine months of the year was a 10th place finish in the Hollywood Poker Open Main Event. The Canadian was poised to make a deep run in Event #40 of the 2013 WSOP Main Event, but on the final day he was dealt an insanely bad beat at the hands of Peter Hengsakul. Hengsakul three-bet shoved for 60 (!) big blinds with pocket kings, and Benger called with aces. The flop and turn were both clean, but the river was the

Benger certainly has the talent to put together a big year, and with a little bit a good fortune, he’ll be our first Million-and-a-Half-Dollar Baby. 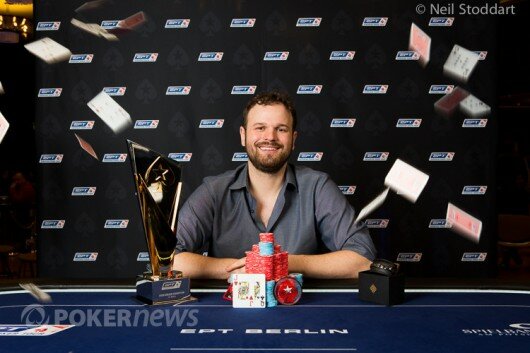 9. Russians Will Win Four or More Bracelets at the 2014 WSOP

I am very proud of my “Year of Canada” prediction for the 2013 WSOP. Not only did our neighbors to the north meet my eight-bracelet prediction, they added on two more just for good measure. Unfortunately, due to the revised approach to the bracelet ceremonies, O Canada was only played once at the Rio.

In 2014, our prediction is halved to four for the Russians. Before you start complaining, let me explain why.

In the 44-year history of the World Series of Poker, Russia has only captured nine bracelets. Vitaly Lunkin (2) and Viacheslav Zhukov (2) are responsible for nearly half of them. Russia didn’t even have a bracelet until 2007 when Alex Kravchenko took down at $1,500 buy-in Omaha eight-or-better event.

I had to save the most negative prediction for last. California and Pennsylvania are our best hopes, but these things take time. I’m obviously rooting for positive legislative momentum, but I’ll remain reserved. 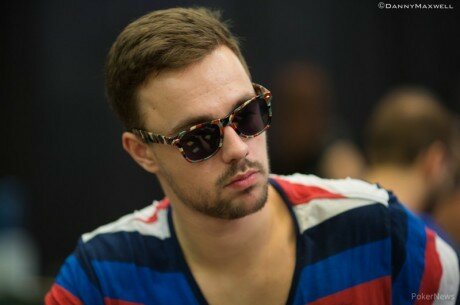