The Australia New Zealand Poker Tour heads to Queenstown, New Zealand for the second time in two seasons for a weeklong festival of poker. Some of the biggest names in Asia-Pacific poker circles will compete across the seven official events, and PokerNetwork will be on the ground brining you all the updates from the ANZPT Queenstown Main Event.

Season 5 of the ANZPT comes to an end after the Queenstown festival so expect the organiors to attempt to see off the season with a bang. The festival itself kicks off on July 29 with a series of satellites into the Main Event, a NZ$3,000 buy-in tournament that starts on July 30.

Win a share of $20,000 in our spectacular freeroll at PokerStars!

Featuring three starting flights and two Day 2s, the NZ$2,700+300 ANZPT Queenstown Main Event is looking to beat it’s the record attendance it set in 2012 when 149 players bought into the Queenstown Snowfest Main Event. On that occasion, David Allan emerged victorious having defeated the likes of Mathew Wakeman, Ricky Kroesen and Jordan Westmorland at a star-studded final table.

Past winners of this fantastic tournament are the aforementioned Allan, Julian Cohen (in 2010) and Daniel Chevalier (in 2009). Whoever wins this year’s Main Event will join that elite group of ANZPT Queenstown champions.

Make sure that you have your browsers locked to the PokerNetwork Live Reporting pages from July 30 through August 4 so you do not miss out on any of the action from the ANZPT V Queenstown Main Event. 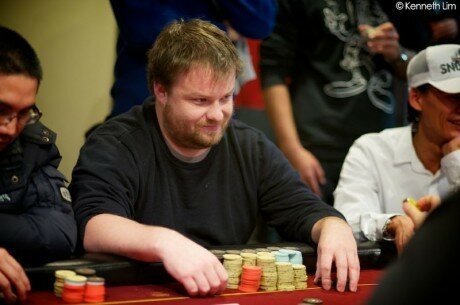