From May 20-31, 2015, the Asia-Pacific Poker Tour (APPT) will host the APPT Macau at the PokerStars LIVE Macau poker room at the City of Dreams. The poker festival, which has been moved back a week from previously announced dates, boasts a 12-day schedule that includes 13 official Asia Player of the Year events, culminating with a HK$25,000 (USD $3,200) buy-in Main Event.

"It’s a must-play tournament on the PokerStars Asia circuit. APPT Macau is deep and rich in history and represents the tour’s longest running annual event," said APPT President Danny McDonagh. "We’ve made some exciting changes by adding a HK$50,000 event and now running the HK$100,000 High Roller with two rebuys."

PokerStars, which will begin online satellites to the APPT Macau Main Event on March 16, has already confirmed a number of its Team PokerStars Pros will be in attendance, including Celina Lin, Bryan Huang, Aditya Argawal, Kosei Ichinose and former-APPT Cebu champion Vivian Im. There's also a good chance that Team PokerStars Online Pro Randy Lew, who won the event back in 2011, will make a return appearance.

*All tournaments are subject to regulatory approval 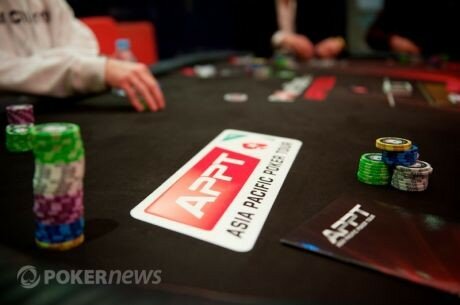