Australians to Watch at the 2013 World Championship Of Online Poker

The 2013 World Championship Of Online Poker (WCOOP) is only days away and Australian players are gearing up for it. PokerNetwork has chosen four Australians to look out for during the series.

Current Australia number one and world number eight Mathew “mjw006” Wakeman has been in amazing form in recent months and should be looking forward to the 2013 WCOOP with anticipation.

Wakeman’s two largest scores top the scales at $76,580 and $74,866. Wakeman won these amounts when he finished second in a PokerStars Super Tuesday and then came sixth in the $2,100 buy-in SCOOP event three months later.

Mark our words, Wakeman will crush the WCOOP this year and we would not be surprised if he bested his biggest online score either.

Full Tilt Poker ambassador Jonathan Karamalikis already has a WCOOP bracelet to his name and is sure to be gunning for a second come the end of September. Karamalikis outlasted 1,588 players on his way to winning the $215 buy-in WCOOP Event #6 in 2011, a result that netted the popular pro almost $180,000.

PokerNetwork expects Karamalikis to play an extensive schedule over the WCOOP, especially if his prop bet post at PocketFives is anything to go by. Karamalikis has issued a team challenge costing $7,500 per team, just in case the WCOOP needed spicing up!

Michael Fadersen recently climbed to second in the Australian rankings, his reward for consistently reaching the money spots in major online tournaments for as long as we can remember.

At the start of May, Federsen finished second to fellow Australian “bluesky30” in the $109 Sunday Rebuy at PokerStars for a career best cash haul of $43,885.00. During August, Federsen has won four tournaments outright finished in the top 3 on numerous occasions, which is what you need going into the richest online poker festival.

World Series of Poker Europe bracelet winner Andrew Hinrichsen is another player who is going into the WCOOP in decent form. Last week, Hinrichsen finished third in The Big $109 at PokerStars for $12,147 and followed that up with a sixth place finish in the 888poker $200,000 Whale for an additional $9,690.

Hinrichsen’s bigget online score is “only” $28,606 but we would expect him to best that by the time the WCOOP wraps up towards the end of September.

Let us know who you think is Australia’s best bet of big score, or two, at the upcoming PokerStars WCOOP.

There is currently a reload bonus available, but for a limited time. Enter the bonus code "WCOOP" when making a reload before September 6 and PokerStars will match your deposit amount by 25% up to $150. Players must earn 20VPPs per $1 of bonus and have 30 days in which to clear as much of the bonus as they can. 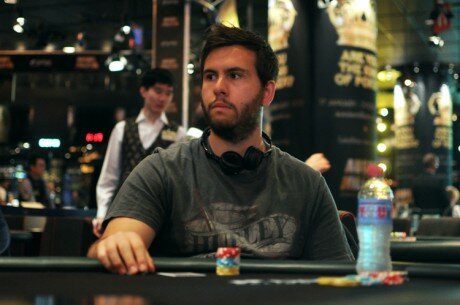