For the past week, the Global Poker Index’s Eric Danis has been revealing the top nine poker players of the past decade in what has been deemed the GPI Player of the Decade Project. The GPI team looks to determine which player was the best on the live tournament circuit during the era of the poker boom, an idea that came about with this past summer being the 10th anniversary of Chris Moneymaker's famed World Series of Poker Main Event victory.

On Friday, the last two names on the list were revealed and included the “Player of the Decade.” To determine the top players, the exclusive GPI scoring system was used, minus the aging factor. A maximum of 12 results per year will be used to help determine a player's overall score, making each player viable to earn points from a maximum of 120 events.

That’s because the 54-year-old eight-time bracelet winner, who is only one of five players to hold the No. 1 spot on the GPI 300, has strung together some impressive scores; in fact, all of Seidel’s top 10 biggest scores have come from the measured period. Have a look:

Is there anything that “Kid Poker” hasn't won in the last year?

“I’m very honored by this award. I’ve worked hard on my game throughout the decade, so that I could find ways to consistently win year in, year out against tougher and tougher competition each year,” said Negreanu. “I’ve never wanted to rest on my name alone and winning has always been important to me. The game has changed a lot over the past 10 years, but the key ingredient for success hasn’t: confidence. I enter the next decade more confident than ever before.”

What are your thoughts on the list? Any players you’re surprised to see miss out? Let us know in the comments section below. 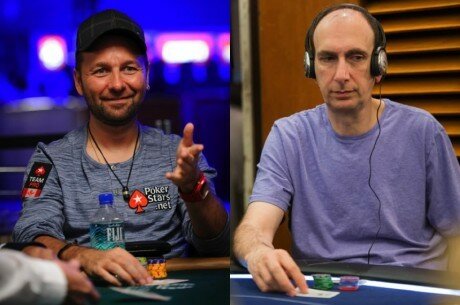