First Three Stops From Season 6 of the ANZPT Announced

It has been a busy couple of days in Australia and New Zealand for poker players and the poker media, proving that the game is very much alive and kicking in this amazing part of the world. The final Main Event of Season 5 of the ANZPT is well underway, Full Tilt Poker has announced a trio of ANZPT Ambassadors and now the ANZPT has revealed the first three stops Season 6’s tour.

The first leg of Season 6 sees the ANZPT head to the SKYCITY Auckand Casino during November 20-24, 2013. The ANZPT visited Auckland for the first time in Season 5 and saw 207 players turn out for the NZ$2,000 buy-in Main Event; Geoff Smith defeated Seba Martineau heads up to win that particular tournament. Smith now has the chance to defend his title.

As has been the case in previous years, the ANZPT is league-based meaning players receive points for every ANZPT Main Event and side event they enter as well as for the position they finish in each tournament. It really does pay to play in as many events as possible because whoever is crowned Season 6’s ANZPT Player of the Year will be awarded sponsorship to four Asia Pacific Poker Tour (APPT) events while the runner-up wins sponsorship to four ANZPT events.

Although online satellites are not currently running for Season 6, it will not be too long before both PokerStars and Full Tilt Poker host a plethora of them. If you do not have a PokerStars or Full Tilt Poker account, you can download one via PokerNetwork and help yourself to a 100% match up to $600 first deposit bonus in addition to being eligible for all future promotions the companies and PokerNetwork hold together. 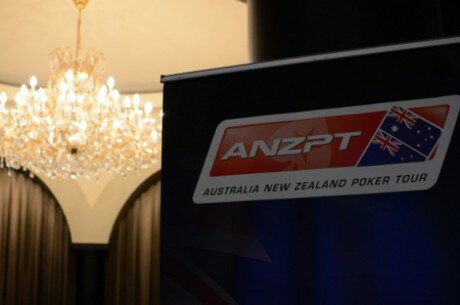