Global Poker Index: Negreanu Starts the New Year at No. 1, Germans on His Heels

Each week, the Global Poker Index releases a list of the top 300 tournament poker players in the world using a formula that takes a player's results over six half-year periods. The GPI also ranks the top performers of the year over two six-month periods as calculated by the USA Today Global Poker Index point system.

For a look at both lists, visit the official GPI website.

The GPI is still calculating the Player of the Year race, so check back next week for the final results.

Kid Poker, who was named the GPI's Player of the Decade, remains atop the GPI 300, while Ole Schemion, who most likely pipped him in the 2013 Player of the Year race, is now at No. 2. Fellow German Marvin Rettenmaier also moved up one spot to No. 3, while Philipp Gruissem fell two spots to No. 4.

Welcome to the GPI

2012 November Niner Robert Salaburu, Jason Lavallee, Vinny Pahuja, Jake Cody, and Taylor Paur headline the newest members of the GPI 300. Lavallee rejoins the group at No. 287 just a few months after recorded the third largest score of his career - the French Canadian won the EPT London £10,000 High Roller for $579,975.

Also returning to the GPI 300 is 2012 WSOP bracelet winner Larry Wright. Wright won his first and only bracelet in his favorite game, no-limit 2-7 single draw, and recorded his second consecutive six-figure year in 2013.

Texas native Corrie Wunstel made the largest leap this week, climbing 45 spots to No. 245. Wunstel finished 65th in the 2013 WSOP Main Event for over 100 dimes, fifth in WPT bestbet Jacksonville for nearly 60 dimes, and 35th in the WPT Five Diamond World Poker Classic for nearly 26 dimes. Altogether, he earned $318,851 in 2013. 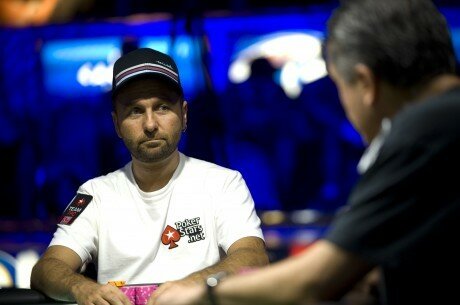