Each week, the Global Poker Index releases a list of the top 300 tournament poker players in the world using a formula that takes a player's results over six half-year periods. The GPI also ranks the top performers of the year over two six-month periods as calculated by the USA Today Global Poker Index point system.

For a look at both lists, visit the official GPI website.

There were no changes in the top 10 of the GPI Player of the Year this week. Germany's Ole Schemion held on to the top spot, a position he earned by making 12 final tables — with four wins — thus far in 2013. Schemion leads by 15 points over Paul Volpe, but the race is wide open heading into a busy fall schedule on the European Poker Tour, World Poker Tour, and World Series of Poker Europe.

Making the biggest jump in the POY rankings this week was Giacomo Fundaro, who placed sixth in the €1,500 Peoples Poker Tour event in Nova Gorica last month for more than $20,000. Fundaro moved up 38 spots to No. 100.

There was major movement in the top 10 of the GPI 300 this week. While Marvin Rettenmaier maintained the No. 1 spot, POY leader Ole Schemion replaced Daniel Negreanu in the No. 2 position. David Sands and Mike Watson also advanced closer to the top spot, while longtime No. 1 Jason Mercier dropped nine spots and out of the Top 10.

Negreanu cashed three times at the 2012 World Series of Poker Europe, and each of those scores aged into the third period of his GPI score this week. One of Negreanu's biggest goals is to reach No. 1 on the GPI 300, and he'll need to put together some big results to make up the ground he lost this week.

Mercier was removed from the top 10 for the first time ever this week. The Team PokerStars Pro had two big WSOP-E scores from last year age into the third period of his GPI formula. He also hasn't cashed in a live tournament since June at the WSOP in Las Vegas, resulting in a big tumble to No. 12 in the rankings.

Welcome to the GPI

WPT champ Mike Linster rejoined the GPI 300 this week. Linster made two deep runs at the Borgata Poker Open last month and will climb even further up the charts next week after reaching the final table of the Full Tilt Montreal Festival Main Event, which concludes on Thursday.

Andrea Dato made the most progress on the GPI 300 this week after placing 21st in the €1,500 Peoples Poker Tour event. As mentioned above, Fundaro took sixth in that event, and Dario Sammartino also made the final table.

Notables Ronnie Bardah and Adam Levy each made sizable jumps, with Bardah climbing 27 positions after taking third in a $1,000 Six-Max event at the Borgata Poker Open in September.

Phil Hellmuth dropped 103 spots this week after his victory in the WSOP-E Main Event slipped into Period 3 of his GPI formula. Hellmuth hasn't traveled the circuit a lot this year and will continue to slide if he doesn't put together some results in the final months of 2013. 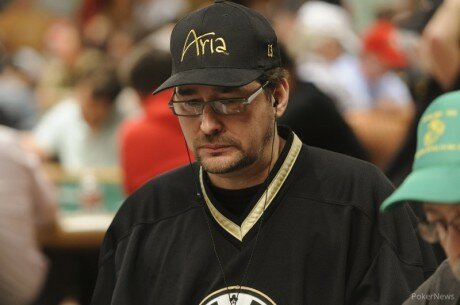