The Global Poker Index’s Eric Danis has begun counting down the top nine poker players of the past decade in what is being called the GPI Player of the Decade Project. The GPI team looks to determine which player was the best on the live tournament circuit during the era of the poker boom, an idea that came about with this past summer being the 10th anniversary of Chris Moneymaker's famed World Series of Poker Main Event victory.

To determine the top nine, the exclusive GPI scoring system was used, minus the aging factor. A maximum of 12 results per year will be used to help determine a player's overall score, making each player viable to earn points from a maximum of 120 events.

The 32-year-old Frenchman, who currently sits 32nd on the GPI, took the No. 6 spot after earning 5,778 points. Grospellier, who has been revealed as the only European to make the list, debuted on the tournament circuit back in 2006 and has amassed $10,771,840 in earnings since.

According to the GPI, Grospellier is one of only five players to hold the No.1 spot on the GPI. He spent 18 weeks at the top back in 2012.

Juanda, a five-time WSOP bracelet winner, only had two cashes in 2013 for $133,445 — his lowest of the decade — but that’s due in large part to a new addition to his family. He’s show a history of earning in the millions every other year, so don’t be surprised if you see him back at a final table or two in 2014.

Barry Greenstein’s inclusion on the list at No. 4 was somewhat surprising, but upon closer inspection one would discover that 16 of his 17 career wins came between 2004-2013. During that time “The Bear” amassed $6,706,250 in winnings, which accounts for 83% of his career earnings.

No. 3 — Michael "The Grinder" Mizrachi

The GPI plans to release the top two players on Friday, and PokerNews will be providing you with brief summaries of each when that happens. 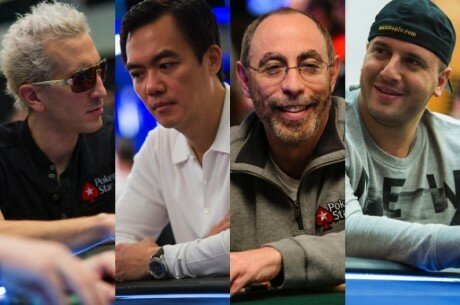