The end of a calendar year is often the time most used to reflect back on the past 365 days. Here at PokerNews, we've been busy wrapping up the year with the Top 10 Stories of 2013, as we do to conclude every year. Today marked the release of the No. 2 story on the list, Daniel Negreanu's Massive Year, but the Global Poker Index is taking a slightly different and interesting route.

Over at the GPI, Eric Danis has begun counting down the top nine poker players of the past decade. That's right, not just the past year, but the past 10 years. Deemed the GPI Player of the Decade Project, Danis and his team will be aiming to nail down just which player was the best on the live tournament circuit during the era of the poker boom, an idea that came about with this past summer being the 10th anniversary of Chris Moneymaker's famed World Series of Poker Main Event victory.

To determine the top nine, the exclusive GPI scoring system was used, minus the aging factor. A maximum of 12 results per year will be used to help determine a player's overall score, making each player viable to earn points from a maximum of 120 events.

On Monday, the GPI revealed the No. 9 player on the list, and it proved to be none other than the juggernaut himself, Phil Ivey.

While many may argue that Ivey should be much higher on the list, you must remember that in a few of the recent years, Ivey has stayed away from playing a heavy schedule of live tournaments. In 2011, he even decided not to play any WSOP events.

On Tuesday, the No. 8 player was revealed, and that turned out to be J.C. Tran. Tran beat out Ivey by just 147 points, and it turns out that spots No. 6-9 are all within 400 points of one another.

During the ranking period, Tran earned $10,787,107 of his career $10,892,042 in live tournaments, including making this year's WSOP November Nine and having his second best year of the decade. The only year Tran earned more in live tournaments was in 2007 when he pocketed $2,912,877. During 2004-2013, Tran won eight events, two of which were WSOP gold bracelets and one that was for a WPT title.

Also on Tuesday, the GPI revealed No. 7 on the list. Coming in with 5,578 points was Shannon Shorr, the young 28-year-old poker player from Alabama.

All of Shorr's $5,376,311 in live tournament earnings have come from 2004-2013, and he has seven wins during this time. Now, we understand Shorr's positioning on this list is definitely going to raise some eyebrows, but the GPI is aware of that as well.

"We already know that Shannon Shorr’s inclusion amongst the past decade’s best is going to be a shocker, but something needs to be said for consistency, and Shorr is exact proof that you don’t need to win majors to be ranked amongst poker’s elite on the Global Poker Index," wrote Danis. "Despite no wins on any of the three majors tours, the sharply dressed Shorr has consistently put up totals ever since his arrival on the live tournament circuit back in 2006."

While Shorr's consistency would be impossible to argue, one might argue that the results produced simply aren't big enough or good enough. Shorr has only eclipsed the million-dollar mark in live tournament earnings four of the 10 years, and three of those years (2010-2012), he didn't eclipse the $100,000 mark.

The GPI plans to release two more players each day as they work to countdown the list, and PokerNews will be providing you with brief summaries of each when that happens. 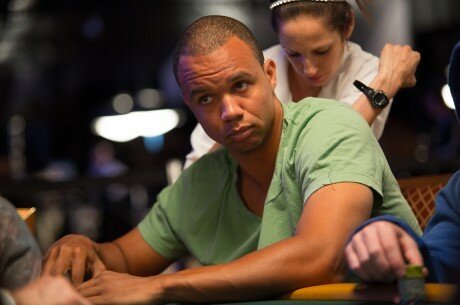