The race to become the biggest online winner of 2013 was a contentious affair for nearly nine months. Both Alexander “PostFlopAction” Kostritsyn and Kyle “cottonseed1” Hendon both held the lead at one point before inexplicably opting out of being tracked — a phenomenon addressed in a recent op-ed titled The Problems of Opting Out from Online Tracking.

From there it was time for Viktor “Isildur1” Blom to top the leaderboard. The Swede’s volatile playing style saw him quickly swing from up more than $3 million to down on the year, which opened the door for Niklas “ragen70” Heinecker to take the lead. The young German, who finished sixth in 2012 with $1,640,967 in winnings, never looked back as he went on to win $6,190,599 in 65,577 hands this year.

According to HighStakesDB, Heinecker avoided the virtual felt for the first three months of the year, and when he finally logged on in April he began by dropping a couple hundred grand. He hit a small heater in May and June, but proceeded to give it all back in July. It was at that point he kicked things into high gear and began adding millions to his bankroll.

Heinecker’s Race to the Top

Here are some other odds and ends regarding the online winners of 2013:

On a final note, you can see “patpatpanda’s” name on the list of biggest losers. While his 2013 didn’t go according to plan, he did manage to take down the biggest pot of the year. It happened way back on February 9 in a game of $250/$500 pot-limit Omaha. Have a look:

While that wraps up the play from the high-stakes online world for 2013, there is plenty more blood-pumping action to be had in 2014. It'll only be a matter of time before the chips start flying once again, so stay tuned to PokerNews all year long to see how poker's virtual juggernauts are doing.

Qualify for the Aussie Millions, APPTs, ANZPTs, EPTs, WSOPs and many more live tournaments by signing up for PokerStars today! 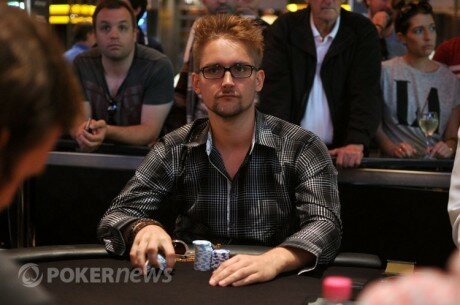