Get ready to bid farewell to winter in style this year, as on March 8, PokerStars will run an edition of the Sunday Million that could make this March a month to remember for a very long time.

On Tuesday, the world’s biggest online poker room announced that the 2015 edition of the Sunday Million Anniversary tournament will feature a massive $9 million guarantee for the usual $215 buy-in fee.

The tournament, which is set to run on Sunday, March 8, at 2:30 p.m. Eastern Time, is sure to attract an impressive number of pros and recreational players - all ready to battle for one of the monster prizes available.

"I’ll be taking a shot as usual and hoping I can bink a huge score," Team PokerStars Pro Online Lex Veldhuis explained. "There aren’t too many one-off tournaments that are an absolute ‘must-play’, but the Sunday Million Anniversary event is for sure."

According to Veldhuis the Sunday Million Anniversary event should be included in every player’s schedule as it offers an amazing value, especially to those who will manage to secure a seat through the many online qualifiers already available on PokerStars. "Winning a $1 million-plus first prize from just $215 – or even less if you satellite in – is an unreal opportunity," Veldhuis continued.

Can this be the biggest Sunday Million Ever?

Although the impressive $9 million guarantee is surely going to be big enough to convince thousands of online players to flock to PokerStars, the room will have to work hard to turn the Sunday Million 9th Anniversary into the biggest Sunday Million ever.

To date, the title of the biggest (a.k.a. richest) edition of the tournament is firmly held by the one held in 2011 - when the $10 million guarantee offered by PokerStars was taken up to a prize pool of $11,825,600 thanks to a total of 59,128 entries. During that edition, Luke "Bdbeatslayer" Vrabel claimed the title after a deal at the final table, brining home a $671,093 prize and a shiny Lamborghini Gallardo.

Although PokerStars players can play for a chunk of the $9 million guarantee by paying the $215 buy-in fee, the poker room has also decided to launch a big number of satellite events that offer everyone the opportunity to snap a seat at the (potentially) biggest Sunday Million ever for as little as $1 or 50 Frequent Player Points (FPP). 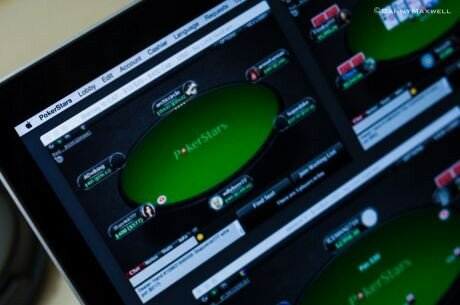