We’re proud to offer PokerNetwork players a fantastic opportunity to test out PowerPoker and win yourself a seat into the 2010 Aussie Millions. Every Sunday night at the Aussie-friendly time of 8pm AEDST, PowerPoker will host a freeroll that is exclusive to PokerNetwork players. That’s right, these freerolls are just for you!

The first freeroll will be this Sunday December 13th at 8pm AEDST. There are no requirements for entry, just download PowerPoker through the links here on PokerNetwork and enter the tournament password which will be released in the weekly PokerNetwork newsletter.

Of course for those who miss out on winning the freeroll, you’ll have to buy into the Aussie Millions Qualifier directly for $321 or try your hand at some of the sub-satellites which start from just $3.30.

Despite being a European based site, PowerPoker accepts US based players which provide a tremendous range of cash games and solid traffic at all levels. They also offer a generous 110% to $600 first deposit bonus for new players

If you haven’t tried them out, then PowerPoker comes highly recommended. They are a great partner of PokerNetwork and are providing some excellent offers to our community so get behind them and show your support! 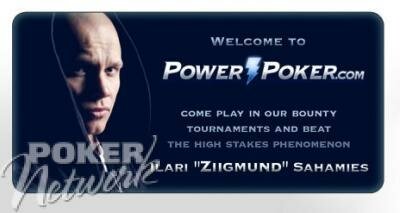