The History of the PokerNetwork Australasian Rankings

With the year coming to a close, PokerNetwork decided to take a deep look at how we have ranked Australian poker players over the past few years.

Although this title may not carry as much weight as the WPT, WSOP, CardPlayer or Bluff Player of the Year, the PokerNetwork Australasian Rankings is the most comprehensive and respected measure of performance on the live circuit in the Australasian region.

In the inaugural year it was no surprise to see many of Australia’s tournament stalwarts picking up the monthly gongs – Mike Ivin, Arul Thillai, Emad Tahtouh, Graeme ‘Kiwi G’ Putt and John Dalessandri being just a few. However it would be Sam Korman collecting the 2004 PAR POTY title, before Michael Guttman and Lee Nelson snatch the title in the following two years.

The 2007 title would be the first awarded to an amateur when Jozef Berec outed the likes of Grant Levy, Gary Benson and Eric Assadourian on the back of an Aussie Millions preliminary event title and victory in the Victorian Poker Championships.

Breaking Down The Statistics

Just looking at the above table you will notice that only three times have we seen a player collect more than 4,000 points, while consistently the top ten is sitting on more than 2,000 points.

However, as poker’s popularity has flourished over recent years, tournaments are also increasing giving more opportunities to more players to test their skills. With training videos and coaching becoming more widely available and accessible, the average player is also getting better.

What does this mean exactly? Although there are more tournaments on offer – and seemingly more points up for grabs – it isn’t as likely that our top notch players can walk in and collect a title as easily as it was many years ago. With players improving dramatically there is tough competition for everyone that takes their seat at a poker table in the Australasian region.

So Who Is Daniel Neilson?

With the above information in mind, we take a look at the current 2010 PokerNetwork Australasian Rankings and the incredible achievement of Daniel Neilson who has amassed more points in a single year than anyone else in the history of the PAR system.

Just looking at the current leaderboard you will see that Daniel has edged out an big lead in the race and doesn’t look like slowing down. At the start of November, Daniel’s 2010 can be broken down into twelve cashes, ten final tables, seven top-three finishes and two victories - $10,200 PokerNews High Rollers and $2,500 Western Classic Main Event – to see him accumulate over $300,000 in tournament earnings for the year.

And unless something dramatic happens at the upcoming PokerStars.net APPT Sydney Grand Final, then Daniel is a virtual lock for taking out the PokerNetwork Australasian Player of the Year and proud owner of a custom built Pocket Aces over Kings poker table to sit aside his trophies and prizemoney of 2010!

What About the Old-Schoolers

Even with the increase in tournaments and record development of some of the younger players that seem to be dominating Australasian poker news, the old-schoolers who carried the poker torch for all those years still can hold their own as we look at the total number of points in the history of the PAR.

However, it is once you start looking at the next group of players on the list where you start seeing some of the young blood of our poker community. But if the likes of Khouiss, Nelson and Comer can continue to etch out results around the country, then they should be able to hold off the younger brigade for a few more years.

We’ll keep a close eye on their progress as the 2010 season comes to a close and we crown a new PAR champion. 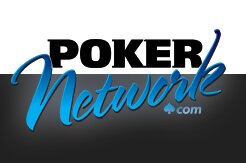 The history of the PokerNetwork Australasian Rankings