PokerStars smashed another record on Sunday. The world's leading online poker room closed out the fifth edition of its MicroMillions Series with the $22 Main Event, and 59,213 runners created the largest prize pool in the history of the series. A total of $1,184,260 was handed out to the top 7,920 finishers, and more than $160,000 went to the eventual winner "stygher," who won the tournament outright after electing not to make a deal at the final table.

The MicroMillions V Player of the Series Leader Board winner was Russia's "JustProSkill" who racked up 460 points from 31 cashes, which included two final tables. He received a $5,200 2013 WCOOP Main Event ticket for his efforts. Second to 10th place on the leader board got $1,050 WCOOP tickets, and 11th-50th received $215 WCOOP tickets.

In addition to the MicroMillions Main Event, both PokerStars and Full Tilt Poker ran their usual slate of Sunday Majors this week. Here's a look at the results:

Have you qualified for our exclusive $20,000 freeroll at PokerStars yet?

To get in on the Sunday Majors action yourself, visit PokerStars and Full Tilt Poker. 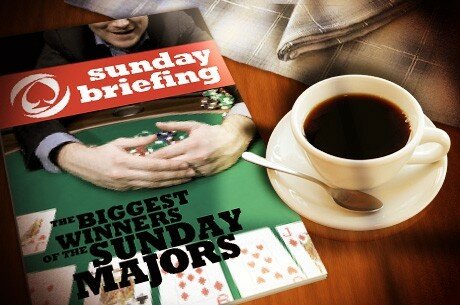