It wasn't easy. At times, it felt like it would never happen.

But after years of heartbreak and uncertainty, regulated online poker made its way to the United States in 2013.

PokerNews' No. 1 story in 2011 was Black Friday. The events of April 15, 2011 changed online poker forever, especially in the U.S. where the leading offshore poker sites like PokerStars were no longer able to offer their services. Hundreds of poker players had their full-time jobs stripped away from them, while many decided to move outside the "Land of the Free" to resume their poker careers.

Since that dark day, the poker industry has fought a steeper uphill battle than ever before to bring the game back to the U.S. In 2011, state and federal bills came and went. The same happened in 2012, even after the Department of Justice changed its position on the Wire Act. Last December, Sen. Harry Reid's efforts to pass a federal online poker bill through the lame duck session in Congress expired, capping off another discouraging year for poker players in the U.S.

"It is an extremely disappointing end to a year where tremendous progress was made," said Poker Players Alliance Executive Director John Pappas, one of the leaders in the charge for legalized online poker. "I am most upset for the players, who have been calling on Congress for years to pass an Internet poker law that protects consumers, restores their freedoms and raises revenue."

But the fight wasn't over. The focus immediately shifted to state-by-state platforms. "The PPA is really looking at the state opportunities for 2013 and making sure we are in a position to impact any bills moving at the state level," Pappas said.

The race was already underway between Nevada, Delaware and New Jersey, all of which were expected to have intrastate online poker operating at some point in 2013.

Unsurprisingly, the first major step took place in Las Vegas, the gambling center of the world.

On Feb. 21, 2013, Nevada became the first state to sign an interstate online poker bill into law. The historic day was also a very busy one in Las Vegas; that morning, the Nevada Legislature met to discuss a bill that would allow the state to enter into interstate compacts. Less than 12 hours later, the bill quickly made its way through the Assembly Judiciary Committee, the State Senate and Assembly, and onto the desk of Gov. Brian Sandoval.

"This is an historic day for the great state of Nevada," Sandoval said as he sat in front of the bill with pen in hand. "Today I sign into law the framework that will usher in the next frontier of gaming in Nevada. This bill is critical to our state's economy and ensures that we will continue to be the gold standard for gaming regulation."

Many operators had already received a license to operate in Nevada once the legislation was in place. The next question: Who would be the first to launch?

That question was answered on April 30 when Ultimate Poker, a majority-owned subsidiary of Station Casinos LLC, opened its doors in Nevada. The regulated, real-money online poker site was the first of its kind in the U.S. The site went big right out of the gate by signing several high-profile pros to represent the site, including Antonio Esfandiari.

"We are proud to be the first company to deliver legal and secure real-money online gaming to poker players,” said Ultimate Poker Chairman Tom Breitling. "We have worked closely with state gaming regulators to demonstrate our unique and compelling poker platform that, above all, players know they can trust. Ultimate Poker is dedicated to being the players’ choice for online poker."

Ultimate Poker was the only option for players in Nevada for nearly five months, giving Ultimate a huge head start on competitors like Caesars and MGM. Then, on Sept. 19, Caesars launched its World Series of Poker-branded real-money online poker room. Powered by gaming software leader 888 Holdings, WSOP.com hit the ground running by hosting the WSOP.com Online Championships in October as well as satellites into land-based tournaments like the World Series of Poker Europe.

Currently, Ultimate Poker and WSOP.com are the only operations running in Nevada. Liquidity poses a bit of a concern for Silver State because it ranks 35th in the country in population, but an interstate compact with other states is in the works and would help expand Nevada's customer base exponentially.

The games are still in their infancy, but the launch in Nevada was still a massive win for online poker in the U.S.

While Sandoval was signing the Internet poker bill in Nevada, New Jersey Gov. Chris Christie intended to keep pace by signing his own online gambling bill if lawmakers made the appropriate changes to a measure presented to him in February.

On Feb. 7, Christie filed a 31-page conditional veto on the bill, recommending a number of changes that need to be made before he can sign off on it.

As he promised, Christie put the wheels in motion on Feb. 26 when he finally signed into law a bill to license and regulate online poker in the Garden State. New Jersey became the third state to authorize online poker behind Nevada and Delaware (more on Delaware later), and followed the latter as the only states to approve full casino-style online gambling.

"If at first you don't succeed, try, try again," State Sen. Ray Lesniak, the leading sponsor of the bill, told PokerNews. "It's been an unnecessarily long road, but we finally got there. It's a relief."

The plan was to make New Jersey the online gambling hub in the U.S. With a large population of gamblers and permission to offer a wide variety of games, Lesniak expected the state to be an "Internet gaming dynasty."

After strict testing by the New Jersey Division of Gaming Enforcement (DGE), six operators opened real-money Internet gambling sites on Nov. 26. In less than a month, more than 100,000 gamblers had registered for accounts, and it took even less time for New Jersey to pass Nevada in online poker traffic.

"I'm pleasantly pleased," David Rebuck, director of the DGE, said one week after the launch. "I'm also very tired because for the last seven days, all I've been doing is worrying this was going to crash."

While companies and gambling regulators scrambled to ensure a smooth launch, PokerStars waited for final license approval. The world's leading online poker site had teamed up the Resorts Casino for online poker in New Jersey, but it was not among the early operators to receive a permit from the DGE. And on Dec. 11, the DGE announced that PokerStars' license review was being suspended for two years.

"The Division’s determination is based primarily on the unresolved federal indictment against Isai Scheinberg for the alleged violation of federal gambling statutes, namely, the Illegal Gambling Business Act and the Unlawful Internet Gambling Enforcement Act, and the involvement of certain PokerStars executives with Internet gaming operations in the United States following the enactment of UIGEA," the New Jersey DGE said in its statement.

For now, Borgata/partypoker and Caesars/WSOP.com control the online poker market in New Jersey. We'll wait and see what the future holds for PokerStars's potential return to the U.S.

Not to be forgotten, Delaware also made headway in developing an online gambling platform in 2013. The state, one of the smallest in the U.S., passed a bill to legalize online gambling in 2012, and it was up to the Delaware Lottery to formulate the rules and regulations for Internet gaming and test the platform.

The initial hope was to beat Nevada and New Jersey to the punch by January 2013, but a long delay resulted in a soft launch in late October. The operation was greenlighted after week-long trial run, and on Nov. 8 Delaware became the first U.S. state to launch a full-scale online gambling operation.

The opening of Internet gambling markets in Nevada, New Jersey and Delaware could potentially create a domino effect across the country in 2014. Several states, including Pennsylvania, Iowa and California, have shown interest in the space.

As the most populous state in the country, all eyes will be on California in the next year. The 38 million residents of the state present massive market potential, and other states will undoubtedly be licking their chops at the chance at a shared liquidity compact.

It won't be smooth sailing anytime soon for Internet poker. Sheldon Adelson, Chairman of Las Vegas Sands and one of the wealthiest people on the planet, has unleashed a campaign to ban online gambling in the U.S.

While his direct competitors, namely MGM Resorts and Caesars Entertainment, believe that regulated Internet gambling can be done safely, Adelson is persuading Congress to implement a ban, calling Internet gambling a "plague and cancer waiting to happen," and even suggesting that online poker isn't a game of skill.

Money talks, and despite a December hearing in Congress that didn't seem to go well for Adelson's side, the PPA's John Pappas says Adelson isn't going anywhere. The will certainly be a major story to watch in 2014, and PokerNews will be all over it. 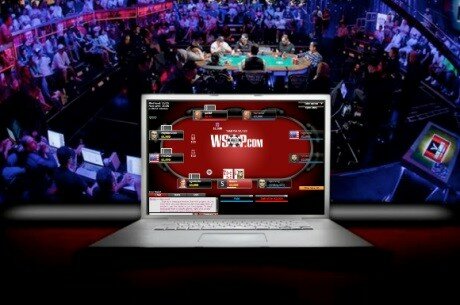