There is yet again a new number one online tournament player in Australia; WaGe N WaRz has moved to the top of the PocketFives.com rankings after grinding out some fantastic results over the past couple of weeks. He wasn’t alone in his excellent performances this week as our grinders had some impressive results on the online felt as Australia took back fourth spot in the world forcing the Mexican based players back into fifth. Notable bankroll boosts were earned by supernova99, mjw006, xMONSTERxDONGx and tollgate as they racked in some massive tournament earnings.

Consistency is the key to moving up the rankings and there is no doubt WaGe N WaRz has delivered over the past few weeks. Last week he had seven four figure or above cashes. This week started in similar fashion with a super-deep run in one of the Sunday Majors. He managed 14th place in the $215 Sunday Warm-Up on PokerStars for $2,676 from a starting field of 2,817. His next big one was for $3,121 in the $33 No Limit Hold’em with one rebuy and one add-on as a result of finishing in third spot. His biggest score of the week came on PartyPoker in the $20,000 Gtd with $109 entry where a second place finish earned the Aussie a tasty $5,871. Then on June 25th and 26th, WaGe N WaRz had a feast on PokerStars a first, two seconds and third place resulted in scores totalling $10,447. The first place finish came in the $11 with rebuys No Limit Hold’em with a top prize of $3,410. The man in the hottest form in Australia wasn’t finished yet and took 2nd place in the $55 No Limit Hold’em with one rebuy and one add-on for a $2,192 to wrap up his week. A total of eight four-figure cashes this week and finally first place in Australia is is to saviour. Congratulations to WaGe N WaRz on his remarkable achievement.

Kel “aces_up4108” Beattie finally has dropped from top spot in the rankings due to his inactivity since May 28th. He will continue to drop as his PocketFives.com score reduces gradually. The fact that he remained top for so long without even playing is a credit to his past play and the form he displays when he does take to the virtual felt. We eagerly await his return to online play.

A turn in the tide for brownie682 who moves back up the table into third spot this week. His only big result of the week came in the $55 No Limit Hold’em with rebuys on PokerStars he finished fourth for $2,412 as he was pipped by his Australian country-mate tollgate who finished just above him in thirrd. Despite this he gained 170 PocketFives.com points to move up into third spot as some of his previous weaker weeks were erased from his record.

Outside the top four, mjw006 moved into fifth spot after a successful weeks grinding. He had a whopping eleven four-figure scores which alone added $26,821 to his online bankroll. These included three victories, his first came on PokerStars for $3,000 in the $55 No Limit Hold’em with one rebuy and one add-on. PokerStars was also the scene of his next win as he captured the $55 NLHE with rebuys and Big Antes Turbo for $3,616. He added a second Aussie triple crown sweat by taking down the iPoker $10,000 Guaranteed R/A for $2,900. Jonathan ”xMONSTERxDONGx” Karamalikis added a remarkable third Australian triple crown sweat within the top ten players as he took down the PokerStars Hot $55 for $7,830 and the Ongame $100 tournament for $2,855. He capped off his week with a $5,644 touch on PokerStars for fifth place in the $109 No Limit Hold’em Turbo with one rebuy and one add-on which attracted a prize pool of over $100k.

Another Australian who had a big week was tollgate who took down the $215 No Limit Hold’em Turbo on PokerStars for a juicy $7,611.
He also had a hat-trick of second place finishes all on PokerStars for a total $18,046 for a fine week online for this Wallaby player.
The Australians who are grinding hard this winter are getting generously rewarded with many of the top online pros from around the world finding it difficult to play online as they battle it out on the live felt in Las Vegas. Once again congratulations to WaGe N WaRz on going top of the rankings and with his current form he could have a long reign at the top. Stayed tuned to PokerNetwork for full coverage of future developments in the Australia top ten online poker rankings over the coming weeks. 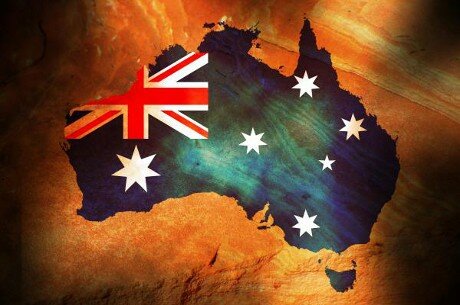 WaGe N WaRz: Number one in the Aussie rankings