The players are on a break and here are the counts.

Second Loss in a Row for Williams

Andy Bloch completed on third and David Williams raised. Action got back to Bloch and he called. On fourth street, Bloch check-raised a bet from Williams, but Williams fired right back with a reraise. Bloch called.

Both players slowed down with a check on fifth and then Bloch bet out on sixth. Williams folded and dropped his second pot in a row.

David Williams completed the bet on third and Stephen Su raised. Action got back to Williams and he called. Both players checked fourth street and then Su bet out on fifth. Williams folded and Su won the pot.

Andy Bloch and David Williams just played a pot together that saw Williams make a full house to win the pot and move near 650,000 in chips.

On seventh street, Bloch checked and Williams fired one last bet. After some thinking, Bloch made the call, but Wiliams immediately announced a full house and showed the 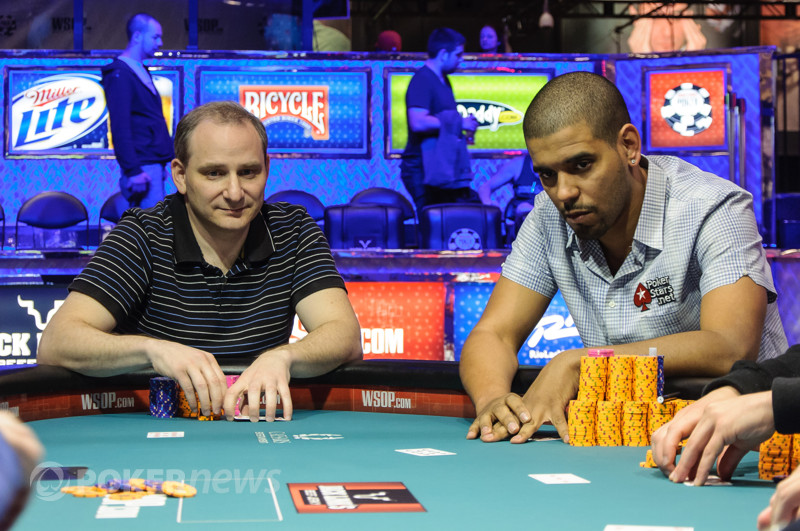 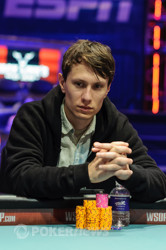 Stephen Su brought it in with the

showing, Huu Vinh completed with the

, and David Williams raised with the

. Lee Goldman put in another raise with the

, and the action folded back to Williams who called.

Williams check-called a bet on fourth street, and when he paired on fifth, he instantly led out. Goldman got the rest of his stack in the middle, and the hands were opened.

Williams was in the lead, but Goldman had a ton of outs. Williams caught the

on sixth street however, giving him a full house, and Goldman received the

. He was drawing dead.

As Goldman was gathering his things, the dealer completed the hand. Williams improved to fives full of aces when he was dealt the

, and Goldman was dealt the

Lee Goldman brought it in with the

, Vinh completed, and Williams raised. Only Vinh called. Williams proceeded to lead out on every single street, and Vinh called him down on fourth, fifth, and sixth. On seventh, Williams bet blind, and Vinh went deep into the tank. At one point he stood up to examine Williams' cards more closely, and Williams pushed his board forward to help Vinh, who was leaning over the table.

"What do you have?" WIlliams asked, hiding a smile.

Vinh eventually nodded, then mucked his hand. Williams smiled again, sent his three down cards into the muck, and raked in the pot.

Greenstein Robbin' the Hood of Goldman

On fourth street, Goldman picked up a pair of tens and that meant he had the option to be the big-bet amount. He choose just to bet the small one of 8,000 and Su folded. Greenstein put in a raise and because Goldman had a pair of tens showing, Greenstein was able to raise to 24,000. Williams folded and then Goldman tanked for a bit. He eventually called.

Goldman check-called fifth and both players checked on sixth. On seventh street, Goldman bet out and Greenstein called.

"You win," said Goldman, which meant that he was only able to play the two pair he had on board with tens and sevens. Greenstein showed the

, having started with aces in the hole, and won the pot.

Su Takes One Off Goldman

Lee Goldman completed the bet on third and Stephen Su raised. Action got back to Goldman and he called. Both players then checked fourth street before Goldman led with a bet on fifth. Su raised and Goldman folded.