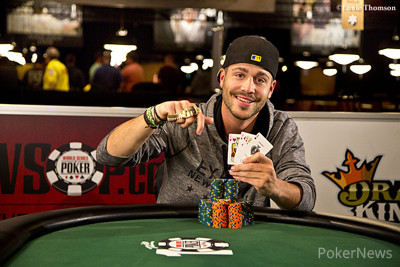 It took a smidge over 10 levels, but on the very first hand of Level 11, Kost busted runner-up Kal Raichura in a three-bet pot by rivering a flush in a pot where neither qualified for a low.

Kost also had to overcome a stiff challenge from defending champion Calen "Big Wheel" McNeil, whose title defense was about as worthy as they come before being halted in fourth place. Former Main Event champion Greg Raymer also put together a final table run, but he busted in seventh. Bracelet winners Chris Tryba and Frankie O'Dell also made Day 3 appearances before falling relatively early.

Thanks for tuning in to coverage of another great WSOP event here on PokerNews. 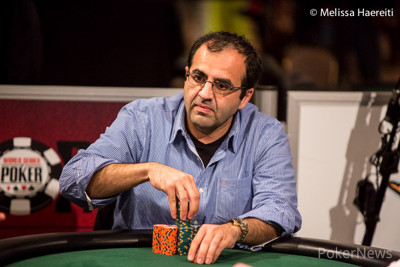 . Raichura bet, Kost raised, Raichura put in three bets, and Kost made it four bets. Raichura called, then bet the

turn. Kost's turn to call, and then Raichura put the last of it in blind on the

Kost quickly called, standing up as he slapped

onto the felt for a queen-high flush.

before the dealer swept it up.

Kost and Raichura are taking a quick 10-minute break.

board. Raichura called bets on the flop, turn, and river and would muck his hand and say "that's good" after seeing Kost's cards.

for a straight, but Raichura had flopped an identical straight with

Nick Kost has won a series of pots without a showdown to assume a better than 2:1 chip lead over Kal Raichura.

flop, was called, bet the

turn and bet again. Raichura would call and then fold to Kost's bet on the

Kal Raichura called a raise before check-raising the

flop. Nick Kost came back with a three-bet, which Raichura called. Raichura then check-called the

into the middle for two pair, but Raichura had caught a flush with