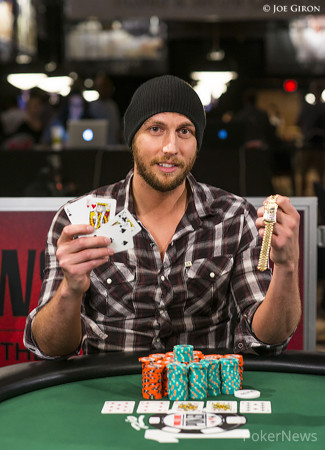 Just six players entered the final day of Event #3: $1,000 Pot-Limit Omaha, and Brandon Shack-Harris emerged from the short-handed sit-and-go to lift the bracelet and claim the $205,634 first-place prize.

To get there, the Chicago native had to contend with some heavy hitters, including two-time bracelet winner Steve "MrSmokey1" Billirakis, who entered the day with a sizable chip lead. He ended up busting fourth after being unable to get anything going today. Another notable bowing out today was ANZ Player of the Year Iori Yogo. The Japanese player kept it pretty snug today until he busted in third shortly after three-betting a button raise, only to have eventual runner-up Morgan Popham wake up with a dominating hand behind him.

Shack-Harris had to get lucky on the last hand, as he got it in with

only to see Popham turn over the

for the cooler. Shack-Harris flopped nothing, but he managed to backdoor a broadway straight to secure the title.

In total, Shack-Harris outlasted a record-setting field of 1,128 runners to claim his first bracelet. He more than doubled his career live tournament winnings ($141,980), and some of that money will surely find its way onto the mixed-game tables that Shack-Harris is best known for playing.

Thanks for tuning in to coverage of Event #3 here at PokerNews. 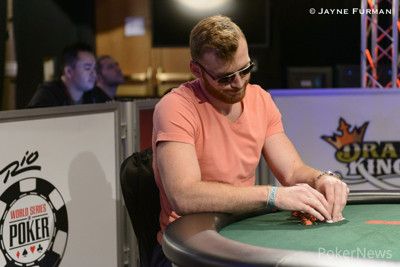 Hand 148: Brandon Shack-Harris got a walk.

Popham was in great shape with aces, even covering Shack-Harris' dangler. The flop was clean:

turn brought a straight draw for Shack-Harris, but Popham held a blocker. Nonetheless, the

peeled off, giving Shack-Harris a straight and the bracelet.

Win an iPad Mini from PokerNews 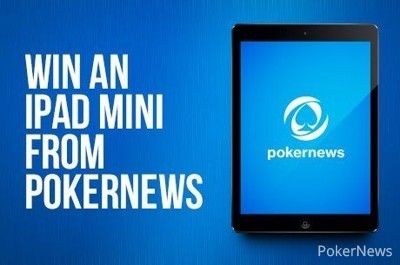 Looking to purchase an iPad? No need! PokerNews is giving away one Apple iPad Mini completely free!

Entry is simple. For your chance to win this amazing prize all you have to do is share the contest on Twitter and Facebook via LockerDome. You can also earn entry by following PokerNews on Twitter and LockerDome, and liking us on Facebook. Earn an extra point by simply answering the poll question, “Which player will win the WSOP Main Event?” It’s an open question so there is no right or wrong answer.

The sweepstakes opened Monday, May 26 at 7 a.m. EDT and ends Thursday, June 26 at 7 p.m. EDT. Readers from all over the globe are eligible to win. A winner will be announced and notified July 6. You can view the official rules on the contest posted on the PokerNews LockerDome page.

flop, and Popham came along. The

, and Shack-Harris announced queen-nine. It was good, and he showed

The players are taking a five-minute bathroom break.

Back and Forth We Go

Hand 142: A raise on the button from Morgan Popham was enough to win the big blind from Brandon Shack-Harris.

Hand 143: Brandon Shack-Harris limped the button only to have Morgan Popham make it 90,000 with Shack-Harris making the call.

Hand 144: Brandon Shack-Harris received a walk in the big blind.

flop fall. Popham led for 40,000 and Shack-Harris called as the

landed on the turn. Both players checked and the

river saw Popham bet out 105,000 to produce an insta-fold from Shack-Harris. 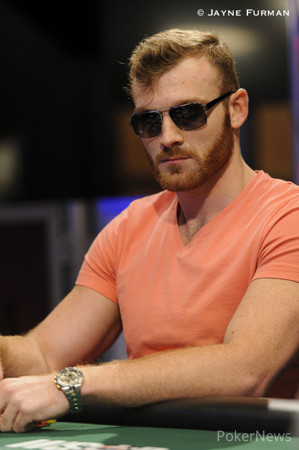 Morgan Popham got paid with a straight.

Hand 137: Shack-Harris raised to 60,000, and Morgan Popham defended. Both players checked the

flop, leading to a

finished the board out, and Popham bet 225,000. Shack-Harris thought for a bit before announcing a call.

for a turned straight. Shack-Harris showed

for a set before mucking his hand.

Hand 139: Shack-Harris called, and Popham checked. Both players checked to the river, when the board read

Hand 140: Popham min-raised and was quickly called. A wet

flop hit the board, and Shack-Harris check-folded to 60,000.

, found the felt, and two checks ensued. The