The first stop on Season 7 of the Australia New Zealand Poker Tour continued at Crown Perth in Western Australia on Friday. There were 105 players who returned for Day 2, and once it was all over 36 players have made their way home having secured a spot on Day 3.

It was a tight race for the end-of-day chip lead. Team PokerStars Pro Bryan Huang was in front for a large majority of the action with the UK's Stephen Chidwick the main threat. However, the last hand of the night would see Michael Kane eliminate a player to secure the lead in the clutch moments.

Most of Huang's stack came very early in the day when a monster pot saw him move above 150,000 when blinds were just 600/1,200. Huang got into a preflop raising war with Ronald Bean and ultimately six-bet all in for an extra 66,200 after Bean had five-bet to 26,000. Bean called it off and Huang tabled the

. Much to his surprise, Bean had just the

. The aces held up and from there, and Huang went on a rampage, eventually eliminating Bean and dominating his table. 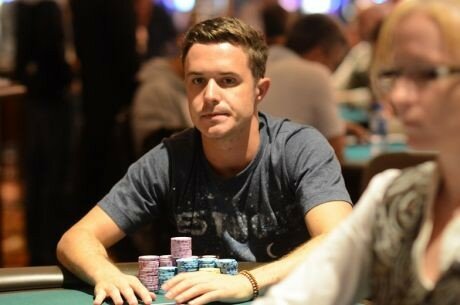