The first stop on Season 7 of the Australia New Zealand Poker Tour continued on Saturday evening when 36 players returned to the felt of Crown Perth in Western Australia. After seven levels of play, just nine remained in contention for the ANZPT Perth title and the AU$105,000 top prize.

Leading the way is none other than Team PokerStars Pro Bryan Huang. He dominated the penultimate day of action, finishing up with 779,000 in chips, well ahead of Australian tournament regular Michael Guzzardi with 537,000.

Huang has been a staple of the Asia-Pacific poker scene for several years, amassing a résumé which includes well over $650,000 USD in tournament results. Some of the highlights of Huang's career includes winning the 2010 Asia Player of the Year award and claiming $153,841 USD for a third-place finish in the 2008 APPT Macau Main Event.

Huang will be looking to win his first ANZPT title this weekend, but will have to overcome a tough final table featuring Guzzardi, Macau's Raiden Kan, and the UK's Michael Kane.

There were 36 players to begin Day 3 and 27 of those were eliminated throughout the action. Of those players, and perhaps the most devastated, was Andrew Molodstov, as he ended up the "bubble boy."

. Huang looked down at the

and put Molodstov at risk. The board ran out

to keep Huang in front and burst the bubble.

Once the top 21 players had made the money, there were a steady stream of eliminations with Henry Szmelcer (21st), Canada's Xuan Liu (18th), Stevan Chew (16th), China's Yaxi Zhu (13th), David Lim (12th), and Walter Treccarichi (11th) as some of those to finish in the money.

It didn’t take long for 10 to become nine as local player Wayde Rickhuss was eliminated on the final table bubble to usher in the end of play.

. Michael Doyle made the call with the

, and with no help for Rickhuss, the final table was set. 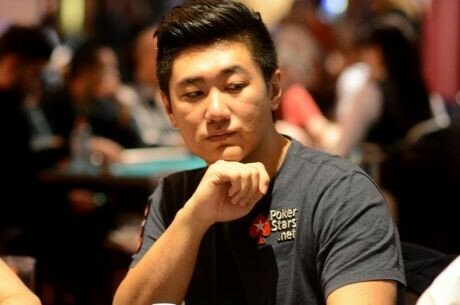