Two more PokerStars players became millionaires over the weekend as the $1 million Spin & Go top prize multiplier struck not once, but twice more.

On Saturday, ‘Tornádo111’ from the Czech Republic bested ‘RusGreen’ and ‘newann’ to win the $1m prize, and the two runners-up each received $100,000. On Sunday, ‘anushan_2323’ from Canada saw off ‘ChipsMongot’ and ‘jukebox72’ to also pocket the seven-figure sum.

A video posted by a YouTube user shows the entirety of ‘Tornádo111’s win:

The two latest $1m Spin & Go winners brings the total number to three – all of which have come in the past week – after Russian player ‘sss66666’ become the first-ever $1 million Spin & Go winner last Monday. The 33-year-old handyman answered some questions for the PokerStars Blog a few days ago.

It means that across the three $1m Spin & Go’s that have hit during the past week, PokerStars has awarded a total of $3.6 million to nine players from just $45 in buy-ins. The special $5 buy-in, $1 Million Spin & Go promotion continues throughout the remainder of January.

Are you feeling lucky?

Open a free PokerStars account, use "POKERNETWORK" as your marketing code for the registration, and start playing Spin & Go tournaments now! 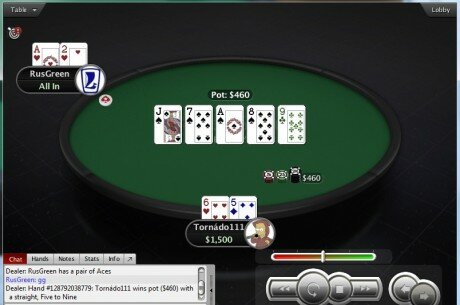