After several weeks’ worth of big moves up and down the rankings for those in the GPI Player of the Year race, things settled somewhat during a relatively quiet week on the tourney trail. The top five spots remained the same in this one from a week ago, with Scott Seiver leading the 2015 POY race for a third straight week.

Walter Fisher started the year well with three cashes at the PokerStars Caribbean Adventure including one final table in a side event, a 12th-place finish in the LAPT Bahamas Main Event, and a 34th-place showing in the PCA Main Event. This week he added another deep run by taking ninth in the World Poker Tour Lucky Hearts Poker Open Championship to jump all of the way from No. 32 to No. 9 in the POY rankings.

Looking just outside the top 10, Jared Jaffee finished right behind Fisher in 10th at the WPT Lucky Hearts, helping him jump from No. 47 to No. 14 this week. Meanwhile Raiden Kan final tabled three different events at the recently-concluded Australia New Zealand Poker Tour Perth stop to help him move from No. 33 to No. 17.

There was very little movement atop the GPI Top 300 this week, with the top nine positions remaining identical to a week ago and only Byron Kaverman swapping positions with Dan Smith to join the top 10 and nudge Smith down to No. 11, the first time Smith has been out of the top 10 since June 2014. Smith held the No. 1 position in the GPI rankings for 18 straight weeks from August to December last year.

Speaking of long streaks as GPI leader, Ole Schemion enjoys his ninth-straight week as the world’s No. 1 ranked tournament player, making this the longest stint ever at the top for the 22-year-old German.

A slow tournament week meant only seven new players moved up into the GPI Top 300, among them WPT Lucky Hearts Poker Open Championship winner Brian Altman who in addition to earning $723,008 for besting a field of 1,027 ascended from No. 428 to No. 199, Altman’s first time inside the GPI Top 300.

Among the other six players joining the Top 300 this week, five are making return visits, but another making his debut in the GPI Top 300 this week after cashing at the WPT Lucky Hearts is WPT Champions Club member Shawn Cunix who this week moves from No. 364 to No. 275.

Altman’s WPT win unsurprisingly makes him the biggest gainer of the week among those in the GPI Top 300. Of that group World Series of Poker bracelet holder Loni Harwood made the second-biggest move upward this week, going from No. 428 to No. 229. Harwood’s latest score was a victory in the $2,500 Parx Casino Big Stax X Championship.

Finally it was Jesse Cohen slipping the furthest this week among those in the top 300 after dropping from No. 216 to No. 284. 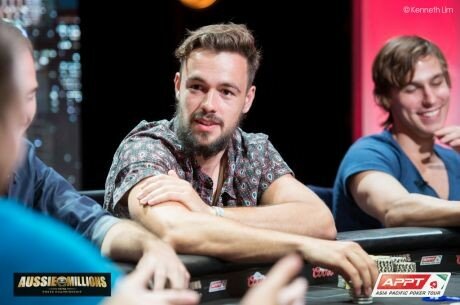