Day 2 of the PokerStars ANZPT Perth Main Event went through seven full levels in an attempt to play down to the money. However, the 136 remaining players could only be whittled down to 40 as the bubble proved a stubborn obstacle. With 36 getting paid, an unlucky four players will have to endure the agony of playing for three days and not receiving a cent for their efforts.

Currently, there are fifteen players left with 15 big blinds or less. In a bad position so close to the money, many will shut up shop and hope to squeeze in meaning the bubble will probably take a while but once it pops there should be a spate of eliminations.

Only six of the over one hundred PokerStars qualifiers remain in the field but they weren’t the only ones to experience the poker guillotine as during the day Kristina Griffith, Brian McAllister, Josh Barrett, Aleks Lackovic, Tony Tartaglia and Australian Poker Hall of Famer Leo Boxell were all eliminated.

With twelve players sitting above 200,000 in chips and 40 big blinds to play with tomorrow when the action resumes we should be in for another long day to make it to the final table. The minimum payout for 36th place will draw a payout of $1,705 but for those at the top of the chip counts there is only one figure on their minds and that is the $78,275 for first place. A final table finish will bring at least a $6,510 pay day.

Play resumes at 12.30pm Perth time and the action will definitely be intense all day as the business end of the tournament is reached. You can follow all the action on the Pokerstars.com blog and our own Nicky Pickering will provide video updates for PokerNetwork.

Sign up for a PokerStars account now and remember that by entering the marketing code POKERNETWORK and the bonus code STARS600 you will be able to claim a 100% match up to $600 first deposit bonus, be able to participate in the PokerStars SCOOP, and be eligible for any future promotions we have on PokerStars! 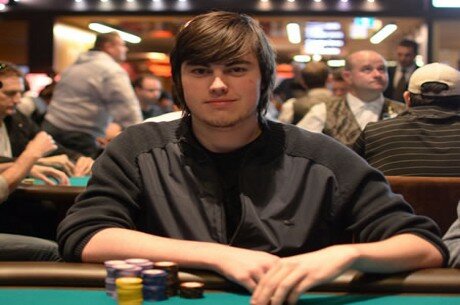