It’s been awhile since Viktor “Isildur1” Blom wasn’t the main story in The Online Railbird Report. He still managed to win $1.4 million in a single day this week, but by the time the week closed he was up just $133,004. 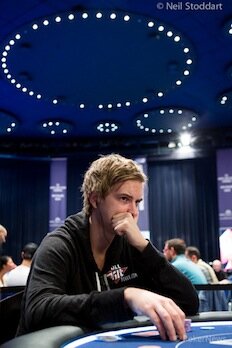 for a flush draw, but he was behind the

of Blom. Neither the

Another player who fared well in Thursday action, albeit on PokerStars, was “Odd_Oddsen,” who was recently featured in our popular Online Chat series. The Norwegian won $186,700 at the $100/$200 pot-limit Omaha tables.

As previously reported in a special edition of The Railbird, this past Sunday belonged to Viktor “Isildur1” Blom as he won an astounding $1.4 million in a full day of action. Blom started the day by winning $150,000 in two hours from Isaac “luvtheWNBA” Haxton at the $500/$1,000 CAP no-limit hold’em tables. After winning $49,000 at the 2-7 Triple Draw tables, Blom took to fixed-limit Omaha hi/lo where he won $240,000 in the first three and a half hours. Over the next 80 minutes, Blom caught fire and won $423,000 more against the likes of Kyle “KPR16” Ray, Gus Hansen and Phil “Polarizing” Ivey.

Blom didn’t stop there. Here are some other highlights from his Sunday run:

Gracing the loser’s list week in and week out is something “MalACEsia” knows all too well, but that all changed this week after he finished a $181,244 winner, which came from 2,201 hands over 26 sessions. On Monday, “MalACEsia” won $436,800 after playing $400/$800 no-limit hold’em against the likes of Alex “IReadYrSoul” Millar, “punting-peddler,” and “Denoking,” just to name a few.

As the clock rolled over into Tuesday morning, “MalACEsia” won a massive pot off Ben “Bttech86” Tollerene. Have a look:

Tollerene may have lost that pot but he didn’t let it discourage him. Instead, he kept playing the $400/$800 NLHE game through the afternoon and finished up $411,200.

completed the board on the river. “Call_911” checked for a second time and then called off his remaining $67,417.33 when Heinecker shoved all in. Heinecker tabled the

“Durrrr” Challenge Back On? 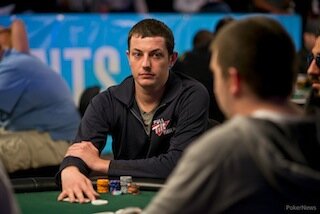 On July 22, [Daniel “jungleman12” Cates took to TwoPlusTwo to announce that the long-delayed “Durrrr Challenge” between him and Tom “durrrr” Dwan will resume in August. The two have already played nearly 20,000 hands from the 50,000-hand match, which was agreed upon three years ago, with Cates out in front by more than $1 million.

“regarding the durrrr challenge, we agreed to play a min of 4k hands/month, and then 8k hands every 2 months afterwards. If we dont play 4k hands a month in august, then restrictions will be made. I guess restrictions means scheduled times, penalties for not complying... I will be posting here in august/september if this doesnt help state of challenge”

Millar vs. Blom Once Again

Viktor “Isildur1” Blom and Alex “IReadYrSoul” Millar have become arch-rivals at the high-stakes no-limit hold’em tables. On the first day of August, the two were back at it, though they only played for 45 minutes at two tables. Even so, Millar managed to win $425,000 in the approximately 200-hand match! Here’s a look at the three biggest pots from that match:

completed the board on the river, Blom checked and then called off for $83,299 after Millar shoved. Millar tabbed the

was put out on the turn followed by the

on the river, and Millar tabled the

for two pair. Blom then showed the 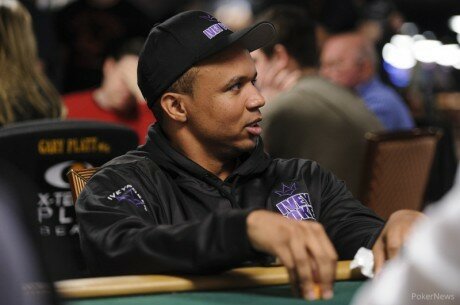