Another edition of the Full Tilt Online Poker Series (FTOPS) has arrived. FTOPS XXIII kicked off Sunday, Aug. 4 at Full Tilt Poker and will run through Aug. 18 with 39 events and $8 million in guaranteed prize pools. The series will be highlighted by the $635 buy-in Main Event on Aug. 18, but new games like 5-Card Omaha, Courchevel and 6-Card Omaha will also be featured for the first time ever.

British poker superstar Chris "kid_bramm" Brammer kicked off the festivities by winning Event #1, a $215 buy-in no-limit hold'em tournament which drew 3,503 players. It was the first FTOPS title of Brammer's career, and he was awarded almost $130,000 for his efforts. Ana "Nyx86" Marquez finished sixth in the tournament for $18,565.

Several other big names won Sunday Majors this week, including Andrey "ThePateychuk" Pateychuk, Dan "Danny98765" Smith, and Matthias "goodvibe1" Neu, who was the week's biggest winner after taking down the PokerStars Sunday Million for $205,751. Elio "smokrokflock" Fox finished third in that event.

Here's a look at the results from the Sunday Majors at PokerStars and Full Tilt Poker:

To get in on the Sunday Majors action yourself, visit PokerStars and Full Tilt Poker. 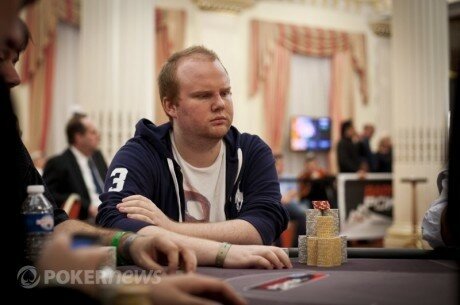