Over the next week, PokerNetwork will be taking a brief look at each member of the 2013 World Series of Poker November Nine. We’ll be moving around the table in seat order, and since we’ve already introduced you to Sylvain Loosli in Seat 1, we move one spot over to the Netherlands’ Michiel Brummelhuis.

Needless to say, Brummelhuis, who is guaranteed at least $733,224, will be surpassing his lifetime earnings in one fell swoop. The Dutchie will start the final table seventh in chips with 11.275 million, and is spot isn’t too bad. Mark Newhouse, who is eighth in chips, is to his immediate left and shouldn’t pose too much of a threat. Likewise, Ryan Riess and Amir Lehavot are the next two players to his left. While they both have big stacks, they played fairly snug headed into the November Nine. If they come in with the same mentality, Brummelhuis should have some opportunities to swipe the blinds and antes.

It’s going to be hard not to cheer for Brummelhuis at the final table. He’s laid back, humble and is expecting his first child, a baby boy, in September. He’s got a likable personality, is a soon-to-be family man and is also the first-ever Dutch player to make the final table of the WSOP Main Event (the closest any Dutch player has come was in 2004 when Marcel Luske finished tenth). If he manages to win, Brummelhuis will become the fourth-ever bracelet winner from the Netherlands and secure his family’s financial future in the process. 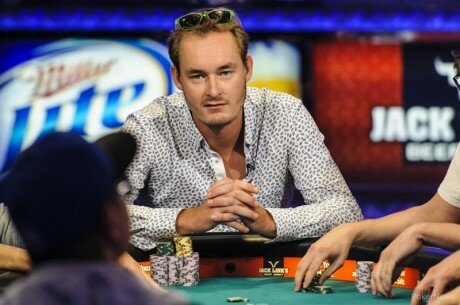