The online poker tournament rankings for Australia are up to date and it is still Matthew Wakeman who is number one. Wakeman increased his points tally this week and now leads Jonathan Karamalikis by almost 2,000 points. Despite his points increase, Wakeman fell one place to fifth in the worldwide rankings.

Wakeman has had a number of big cores again this week; we feel like a stuck record saying that after the form he has been in. His best results of the past seven days include a win in Full Tilt Poker’s Multi-Fifty for $3,750; a sixth place finish in PokerStars’ $109+R Sunday Rebuy for $10,073 and second in Ongame’s $500 buy-in event for an additional $9,320.05.

Michael “WaGe N WaRz” Federsen climbed one spot to third in the Australian rankings after a couple of four-figure scores bolstered his points tally. Federsen finished fourth in the Big ben tournament at Full Tilt Poker for $5,136 and a couple of days later finished as runner-up in the PokerStars Hot $75 for a cool $7,849.

Dominic “The Spewtard” Coombe soared up the rankings and is currently holding onto sixth place. His rise up the standings coincides with a win in a $25 6-Max Hyper Turbo for $2,831; a sixth place in The Hotter $75 for $4,789 and a massive score of $35,383 for winning The Sunday Brawl.

Information from PocketFives.com was used to create this article.

With everyone now back from their adventures at the 2013 World Series of Poker, we would expect plenty of Australian players to be grinding online in an attempt to rebuild their bankrolls. That means we could see some big changes to the top 10. 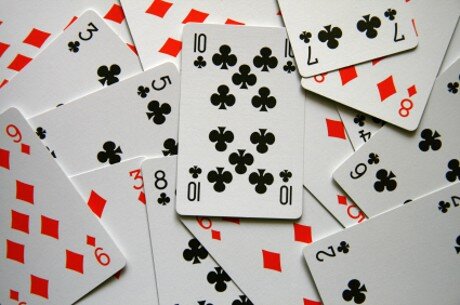